﻿﻿“Put on your garment and follow me”  Pastor Patricia Mavhandu. ﻿
﻿ 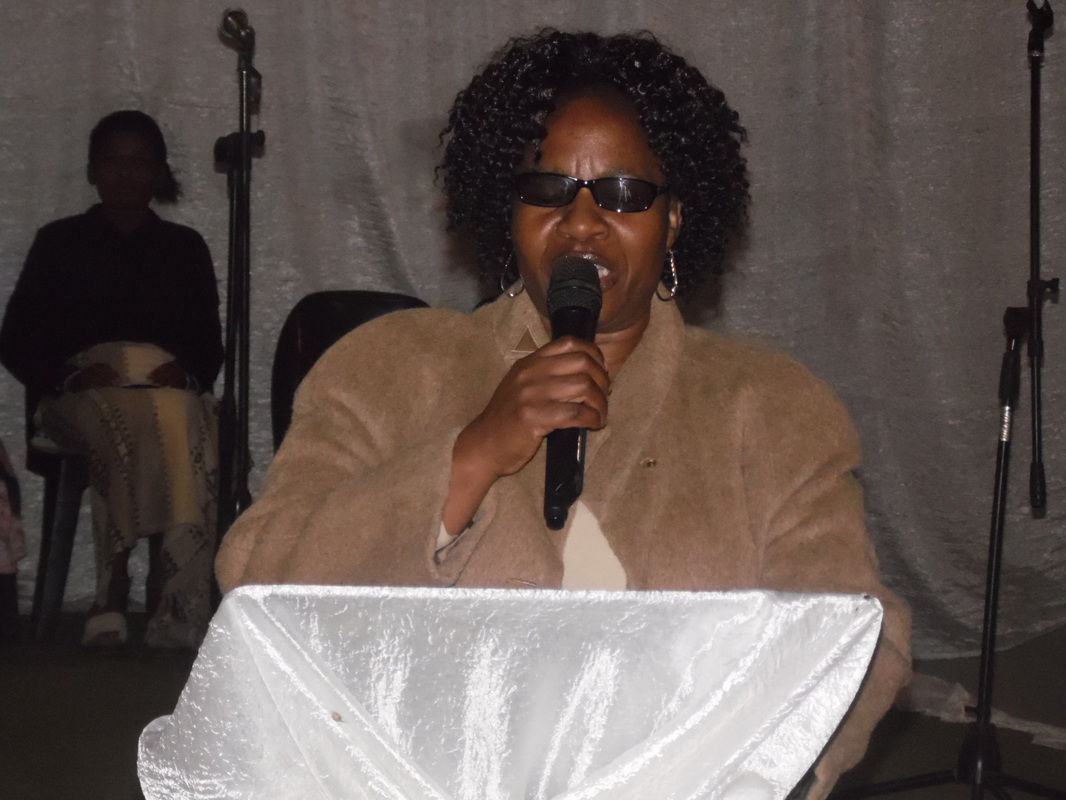 Ps Patricia Mavhandu preaching.
In the bible we read about a certain man by the name of Saul in the book of Acts. The bible tells us that he used to persecute people who were Christians and because he was rebellious God had to strike him with lighting and he became blind, but because our God is full of mercy and grace He forgave him and made him well again.

Scripture reading: Acts 12:6-19 NKJV
“6 And when Herod was about to bring him out, that night Peter was sleeping, bound with two chains between two soldiers; and the guards before the door were keeping the prison. 7 Now behold, an angel of the Lord stood by him, and a light shone in the prison; and he struck Peter on the side and raised him up, saying, "Arise quickly!" And his chains fell off his hands. 8 Then the angel said to him, "Gird yourself and tie on your sandals"; and so he did. And he said to him, "Put on your garment and follow me." 9 So he went out and followed him, and did not know that what was done by the angel was real, but thought he was seeing a vision. 10 When they were past the first and the second guard posts, they came to the iron gate that leads to the city, which opened to them of its own accord; and they went out and went down one street, and immediately the angel departed from him. 11 And when Peter had come to himself, he said, "Now I know for certain that the Lord has sent His angel, and has delivered me from the hand of Herod and from all the expectation of the Jewish people." 12 So, when he had considered this, he came to the house of Mary, the mother of John whose surname was Mark, where many were gathered together praying. 13 And as Peter knocked at the door of the gate, a girl named Rhoda came to answer. 14 When she recognized Peter's voice, because of her gladness she did not open the gate, but ran in and announced that Peter stood before the gate. 15 But they said to her, "You are beside yourself!" Yet she kept insisting that it was so. So they said, “It is his angel." 16 Now Peter continued knocking; and when they opened the door and saw him, they were astonished. 17 But motioning to them with his hand to keep silent, he declared to them how the Lord had brought him out of the prison. And he said, "Go, tell these things to James and to the brethren." And he departed and went to another place. 18 Then, as soon as it was day, there was no small stir among the soldiers about what had become of Peter. 19 But when Herod had searched for him and not found him, he examined the guards and commanded that they should be put to death. And he went down from Judea to Caesarea, and stayed there.”

I believe that Peter did not ask God to release him from prison, but God looked at Peter`s heart and realised that he is still well and perfect that God still wanted to use him.

Acts 12:8 NKJV
8 Then the angel said to him, "Gird yourself and tie on your sandals"; and so he did. And he said to him, "Put on your garment and follow me."

Peter did not question the angel about his whereabouts but he just followed the order and followed all the instructions he was given.  We heard that as he was busy following the orders he wondered to himself if what was happening was a vision or a dream.  But after passing all the prison doors, he realised that he was walking with an angel of the Lord.  What pleased me is that after being freed from prison he did not look back but he proceeded further to praise God.  It is written that after that he went to a certain house and knocked there were people there who were praying.  I like the spirit of this man Peter who did not hesitate and who did not question God when he was speaking to him.

I want to tell you, do not put your trust in man but rather put your trust in the Lord because He is the only one who will never disappoint you and He is the only one who does not change; He remains the same every day.  There is a certain project that God wants you to fulfil.  Do what God is telling you to do and do not rely on people of this world because they will disappoint you.  Let me tell you this evening that everything that Herod was doing, was to try to disturb the plans of God towards Peter.  There are certain people who can appear in our lives and disturb the plans that God has for us, so we must not listen to the people of this world because they will discourage us and mislead us.  There is nothing which is wrong in our lives, what we need to do is to listen to God and do what He tells us to do.

Some of us as Christians are no longer doing the will of God but we are having the spirit of pride and we do what we want, not what God wants, we no longer listen to our leaders because we feel we are above everything and everybody.  Everything is because of the grace, we must check our lives to see what God has done in our lives. We must ask ourselves what God has done for us are we showing that we appreciate it?  It is not easy, if Satan starts to give you wings you will start feeling like you are above all people and that you own everything in this entire world but we have to cry unto the Lord and ask Him His favour so that He can be merciful to us.

When people are planning about your life and then God decides to protect you, if his angel appears to you and finds you having pride the angel won’t be able to protect you but if we destroy this spirit of pride God will be able to occupy a position in our lives and He will be able to bless us in all that we involve ourselves into. There might be certain plans that might be planned by the devil against your life but God is there to protect you, God just wants you to be with Him and listen to what He tells you and obey.

Remember all the good things that the Lord has done to you, put on your garment, it is my wish this evening that we all put on our garments and follow God where he is calling us to.  God knows why He saved you, God knows why today you are still finding yourself in church and still able to pray.  Where we work, we work with many people but regardless of what might be planted by the devil God is there and He protects us from everything.

This evening maybe you have nothing, maybe you don’t even have food in your house but God knows the plans He has for you that is why He is still keeping you alive.  There is only one person who is mentoring us and who is looking upon us and observing everything that we do.  The devil can plan to destroy your life and all that you have but God can stand and call upon His angels to protect you.  It is my wish this evening that we all bow down and pray because by doing so we are able to receive grace from God.  Let’s cry unto the Lord that even when the devil whispers into our ears we should not listen to Him but we must listen to the word of God only.  Even though we are sinners we can say and ask God to give us the spirit of prayer but not a spirit of talking too much. Let’s cry unto God to give us the spirit of respecting each other so we can live. 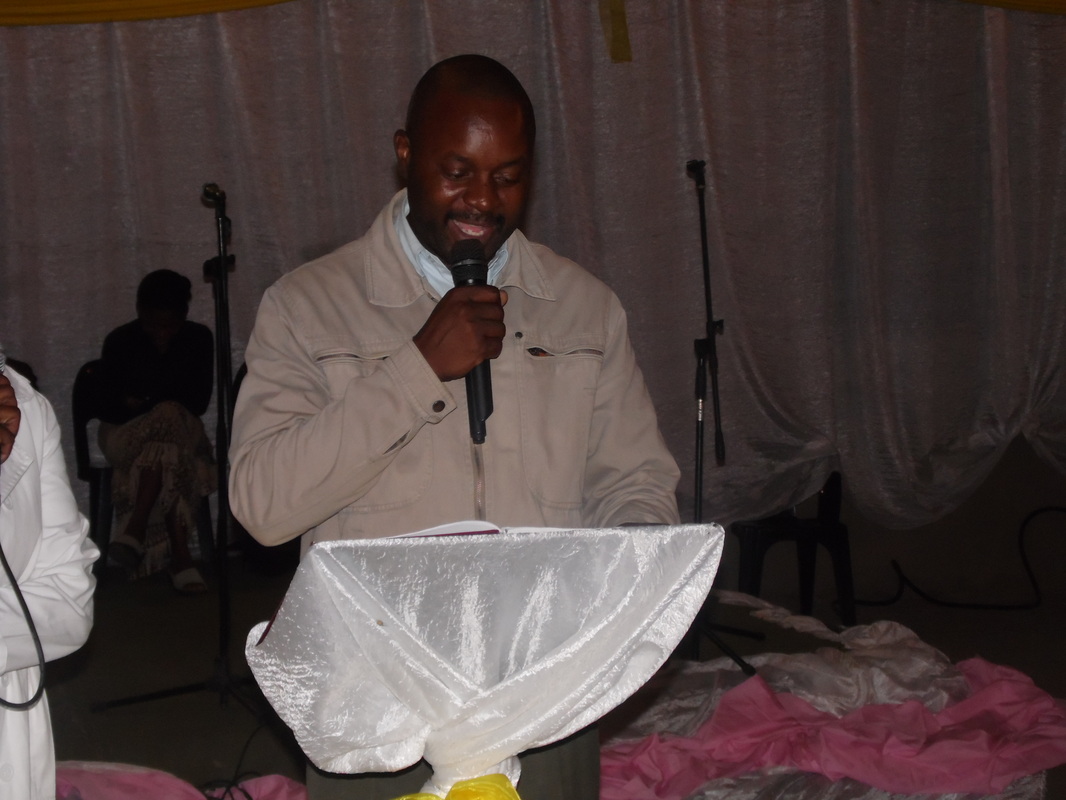 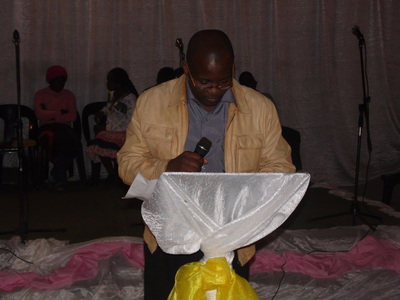 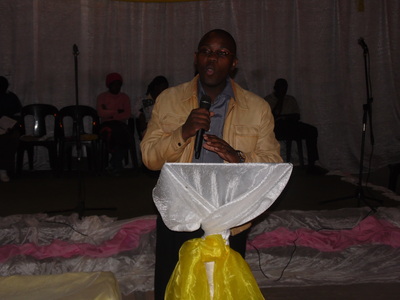 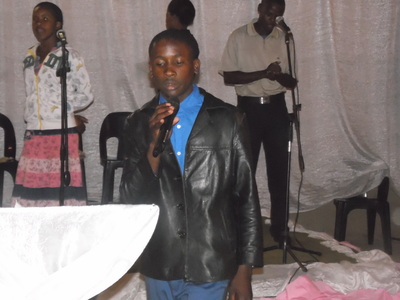 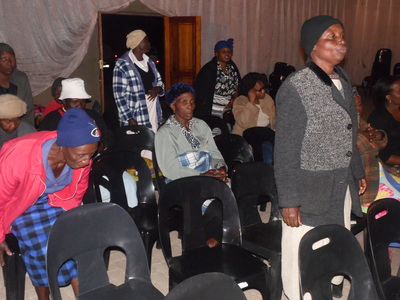 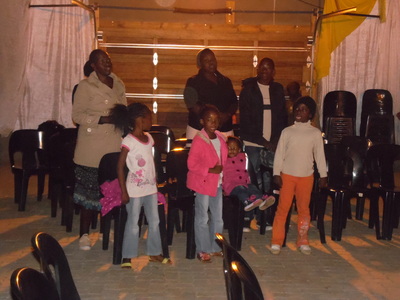 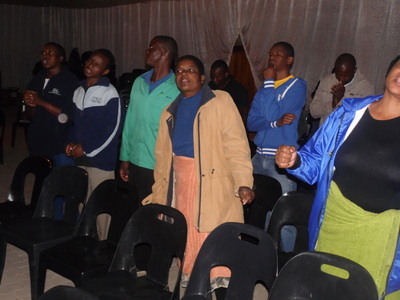 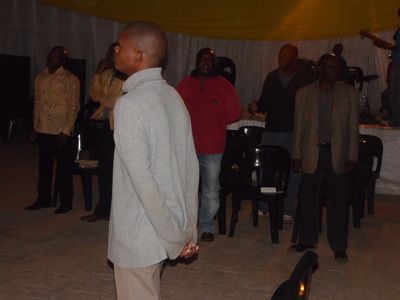 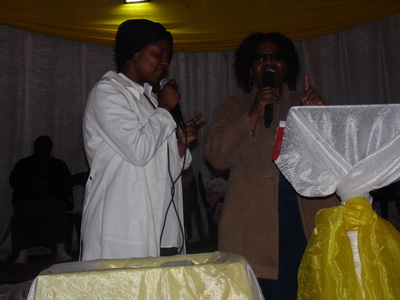 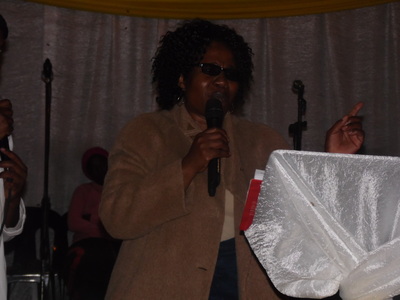 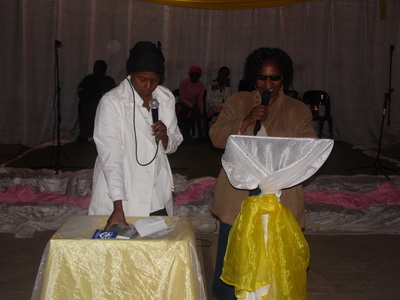 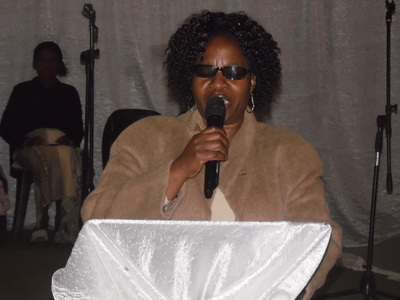 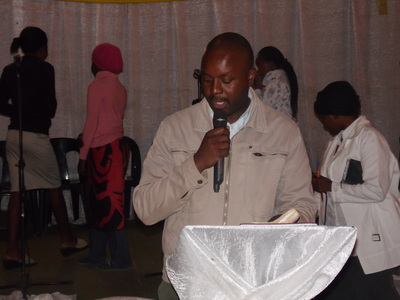 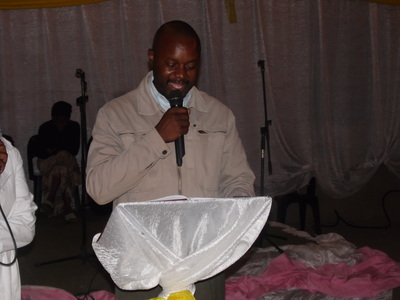 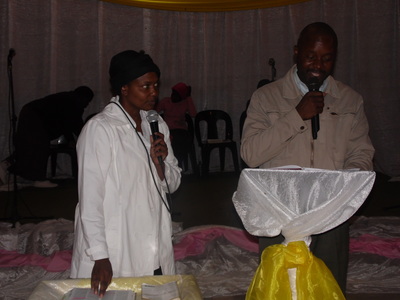 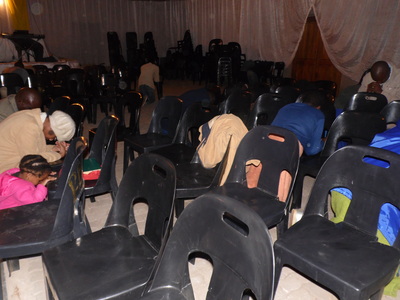 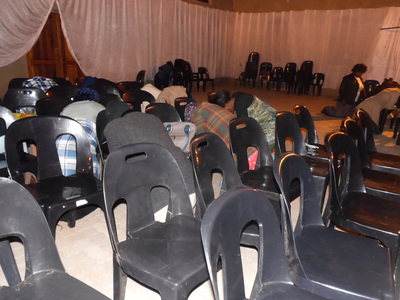 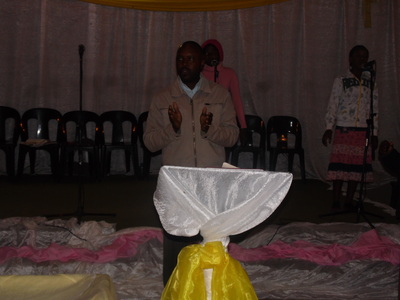