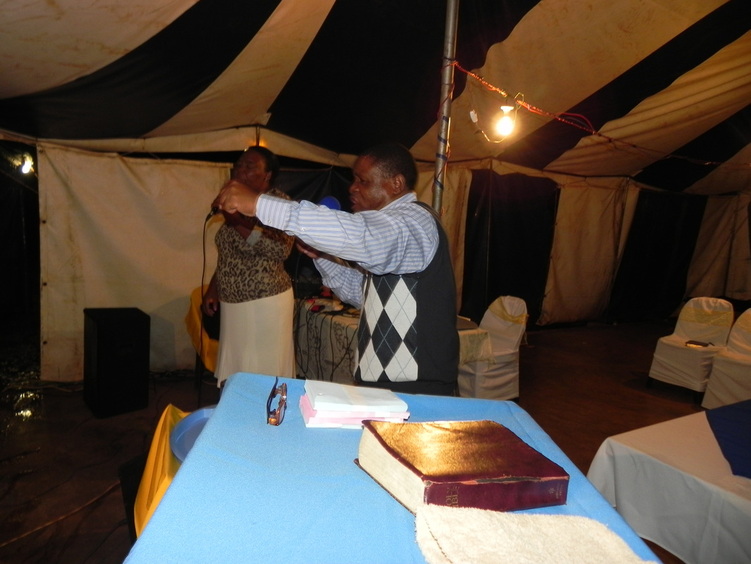 Rev Samuel Mametsa preaching whilst Mrs Happy Mphambo is interpreting.
Giving to God is  well recorded in the bible. Many powerful Christians crumble when it comes to
giving.

That is why the devil puts the yoke on the people not to give. He knows that if you have that
yoke God will fight you. This is enemy number one of God in respect of people  who are stingy. Stinginess is a sin in the sense that the person thinks material things belong to him or her and forgets that these things come from God.

When you were born were you carrying a purse? Were you wearing a Pierre Cardini label? But when you grew up you started to see things and you  thought they were yours but when you die you die alone and are buried without  those things.

I am talking about the yoke of giving. If you have this yoke you must know that you are enemy number one of God. Because you think that what you have is yours but everything we have belongs to God.

Abraham asked for a child from God and the bible says God answered his prayer and gave him a son but after God answered that prayer God says to Abraham “Take that son and sacrifice him to me. Go and slaughter your son”. Abraham never questioned God. He didn’t even go to his wife and say “My wife, tomorrow I am going to kill your son.”  He just took the son and the son asked him “Where is the  sacrifice?”  and the father, said “God will   provide.”

When they arrived at mount Moriah (not ZCC Moriah), the boy was surprised, “I  can see we are busy preparing the altar, but where is the sacrifice?”  Dad says  “God  will provide.”  Immediately Abraham was about to sacrifice his son God says to him  “Now   I know, I wanted to see what is in your heart. I want to start a good nation  through you.”

Let me tell you  this: Mot Christians are poor in the church. It is not a mistake. The reason is  that they don’t want to give what belongs to God. They want to go into debt for  their own selfish things. They want nice times and they take big loans but not loans for the kingdom of God.

Most want to drive fancy cars, stay in big fancy houses, they don’t care about the  Lord and the kingdom of God. Not many Christians will go to the bank and take a loan for the church. That is why the devil is happy. That is why the devil attacks you. When the devil wants to attack you, he says God  “Look at this pretender!”   He can see what is happening in the church. The very same person comes before God and says “God bless me, look at my  poverty!”  God doesn’t look at the prayer of these kind of people.

If you allow the yoke of giving to remain on you, you will be in church and still suffer lack,  poverty.

1  Kings 17:10-17 “10 So he arose and went to Zarephath.  And when he came to the gate of the city, indeed a widow was there gathering  sticks. And he called to her and said, "Please bring me a little water in a cup,  that I may drink." 11 And as she was going to get it, he called to her and said,  "Please bring me a morsel of bread in your hand." 12 So she said, "As the Lord  your God lives, I do not have bread, only a handful of flour in a bin, and a  little oil in a jar; and see, I am gathering a couple of sticks that I may go in  and prepare it for myself and my son, that we may eat it, and die." 13 And  Elijah said to her, "Do not fear; go and do as you have said, but make me a  small cake from it first, and bring it to me; and afterward make some for yourself and your son. 14 For thus says the Lord God of Israel: 'The bin of  flour shall not be used up, nor shall the jar of oil run dry, until the day the  Lord sends rain on the earth.'" 15 So she went away and did according to the  word of Elijah; and she and he and her household ate for many days.

16 The bin of flour was not used up, nor did the jar of oil run dry, according to the word of the Lord which He spoke by Elijah. Elijah Revives the Widow's Son 17 Now it happened after these things that the son of the woman  who owned the house became sick. And his sickness was so serious that there was no breath left in him.” NKJV.

2  Kings 4:8-16 “8 Now it  happened one day that Elisha went to Shunem, where there was a notable woman,  and she persuaded him to eat some food. So it was, as often as he passed by, he  would turn in there to eat some food. 9 And she said to her husband, "Look now,  I know that this is a holy man of God, who passes by us regularly. 10 Please,  let us make a small upper room on the wall; and let us put a bed for him there,  and a table and a chair and a lampstand; so it will be, whenever he comes to us,  he can turn in there." 11 And it happened one day that he came there, and he  turned in to the upper room and lay down there. 12 Then he said to Gehazi his  servant, "Call this Shunammite woman." When he had called her, she stood before  him. 13 And he said to him, "Say now to her, 'Look, you have been concerned for  us with all this care. What can I do for you? Do you want me to speak on your  behalf to the king or to the commander of the army?'" She answered, "I dwell  among my own people." 14 So he said, "What then is to be done for her?" And  Gehazi answered, "Actually, she has no son, and her husband is old." 15 So he  said, "Call her." When he had called her, she stood in the doorway. 16 Then he  said, "About this time next year you shall embrace a son." And she said, "No, my  lord. Man of God, do not lie to your maidservant!" NKJV.

These 2 scriptures are about people who gave first, not about God giving to them first.

LET STARTS WITH ELIJAH. He was used by God mightily. He was one of the prophets who remained after Jezebel had  killed many prophets of God.

God  saw the yoke of poverty on a woman. God can’t invade the planet and come down.  He sent his prophet Elijah; “Go where I will direct  you!”   When Elijah went there he saw the woman picking up wood and he said to her  “Woman  of God I am so hungry”.   Elijah was not hungry; it was the time when he was being fed by the ravens. It was his way of greeting the woman. “I have walked a long distance  and I am hungry”.

Poverty can tell you “Don’t   give to the man of God because you are poor.” It can whisper to you and say,  “Why  are you giving to this pastor as you have nothing?”   Today Christians are living in poverty because they are stingy and God doesn’t hear the prayer of a stingy person. You don’t ask for blessings, you take action and then in response God gives you.

Pastors don’t sleep because people are asking them to pray for them because of their debts and because their names have been blacklisted.


I don’t make those prayers: when you made the debt you never went to God and tell him about the debt. Why do you involve God in something that you never invited him at the start? Do you want me to pray that the business owner whom you owe must lose his  money and profit which you are supposed to pay?

The wealth of God is simple: you plant in God or into His kingdom and then your seed will bind God in heaven to take action. You don’t pray for wealth. The woman says to  Elijah I can give you water, but the bread and the oil is too little and after cooking it today my son and I will eat and the die.

Let me eat first. If your pastor doesn’t eat first, I tell you, you are not going anywhere. You are not going to prosper because Jesus will realise that if he can come to earth you will do nothing for him. “I sent my servant to earth and you are stingy on him. This means you will also e stingy to me as  well.”

If that woman had refused to give to Elijah first, she was going to die first. Poverty is something you invite into your house through your lifestyle, through your conduct.

I  was once invited to Hamanskraal to go and preach. The pastor had heard about me and decided to invite me through the phone “In my church I have members of parliament, business people and they are many. The church is still bound with  the yoke of giving.” 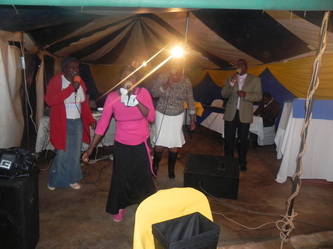 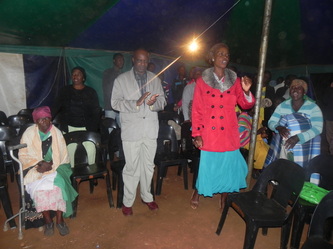 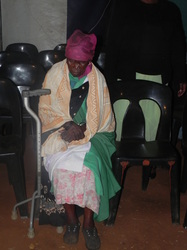 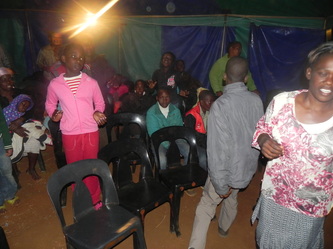 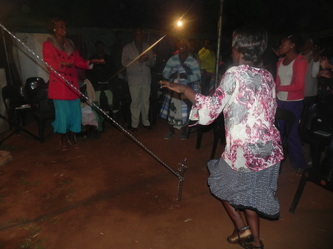 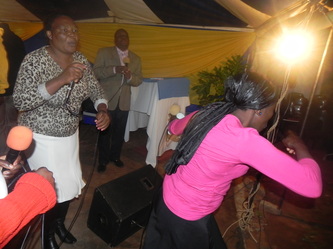 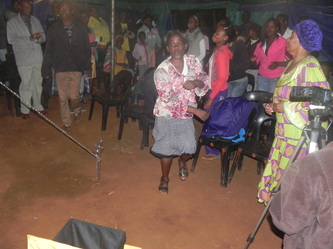 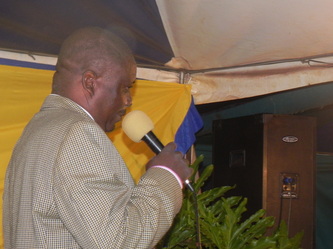 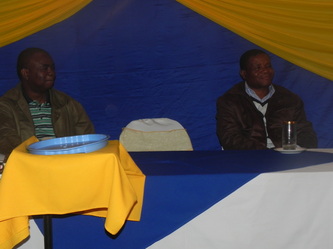 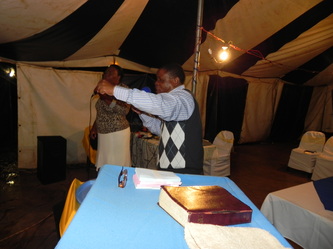 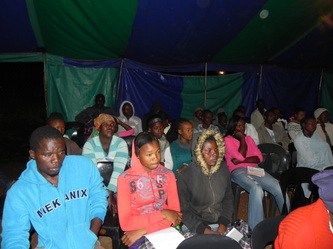 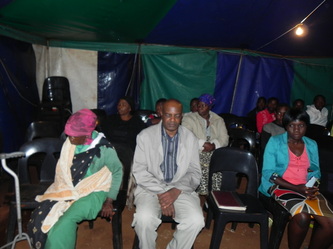 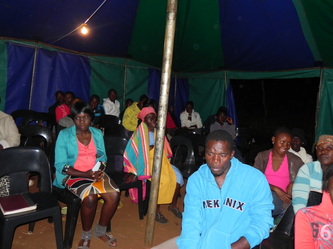 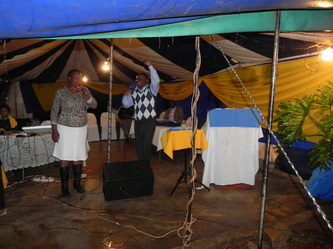 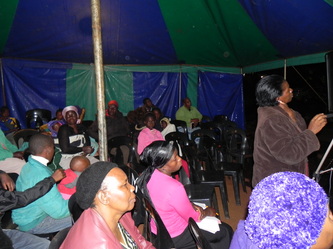 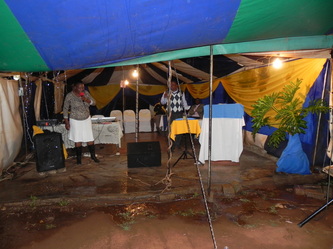 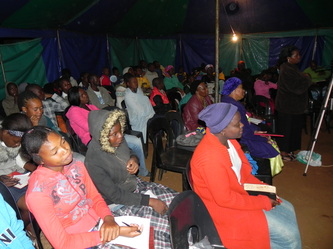 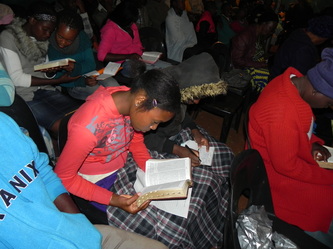 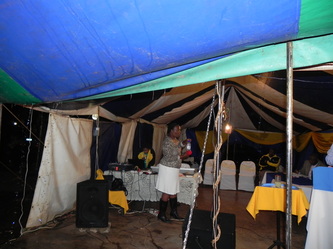