“People lose the vision of hearing God and instead they listen to people” Pastor Johana Mukhavhuli, 16 March 2014, Sunday Service 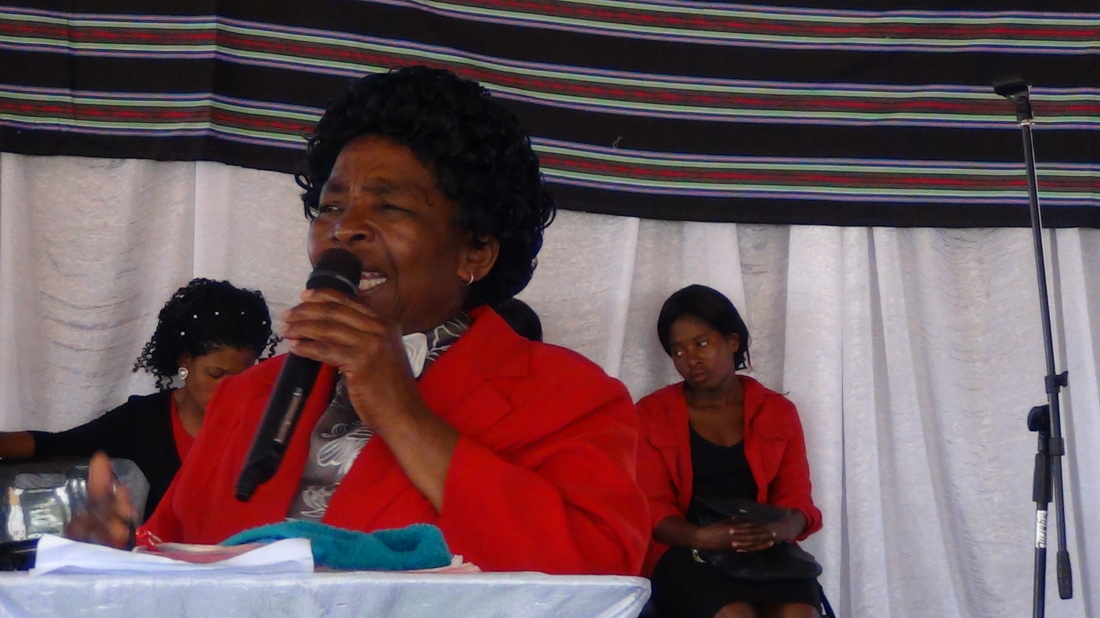 Download File
Scripture reading: 1 Samuel 15: 1-3 NKJV
“1 Samuel also said to Saul,"The Lord sent me to anoint you king over His people, over Israel. Now therefore, heed the voice of the words of the Lord. 2 Thus says the Lord of hosts: 'I will punish Amalek for what he did to Israel, how he ambushed him on the way when he came up from Egypt. 3 Now go and attack Amalek, and utterly destroy all that they have, and do not spare them. But kill both man and woman, infant and nursing child, ox and sheep, camel and donkey.”

In this chapter God spoke to Samuel and sent him to Saul to tell him that he must go to the land of the Amalekites to destroy and kill everything that is in that land and that he must not spare anything in that land. The Amalekites were the people who were troubling the Israelites after they had left Egypt.  Because the Israelites were the chosen nation of God and this irritated God and He made a choice of destroying the Amalekites completely from the face of the earth. Verse 8 “8 He also took Agag king of the Amalekites alive, and utterly destroyed all the people with the edge of the sword.”

Saul and his people spared the king of the Amalekites, he destroyed all the people except the king. Saul had forgotten that God had given Him a command that they were to kill whatsoever in that country and they were not to spare anything in that land.  Some people took the good things in that land, they took the fat animals in that country forgetting that God had commanded them to destroy everything.

This also applies to us as Christians, we are sometimes getting used to our situations, we tell ourselves that it belongs to us, and we think God cannot help us.  People are classifying sin, they consider sin to be ordinary sins that people can see, that it is this kind of sin only that can destroy a person but there are certain sins within them that they don’t want to sacrifice unto God.  People are telling themselves that they would rather die with those sins.  But God wants you to sacrifice that sin and forsake it for his sake.

Saul disobeyed God, he was rebellious to God, and Saul hurt God badly because he failed to do what God wanted him to do.  The word of God said when the prophet Samuel called Saul to ask him about the killing and destroying the Amalekites as he was commanded, he replied that he had done as he was instructed and had killed everything. He was lying to the prophet, knowing very well that they had spared some of the animals and wealth.  Saul refused to do what God had asked him to do, they hid the good, precious and useful things; those which please their hearts forgetting that God commanded them to destroy everything. Verse: 23 23 For rebellion is as the sin of witchcraft, And stubbornness is as iniquity and idolatry. Because you have rejected the word of the Lord, He also has rejected you from being king."

Sometimes we keep on wondering and asking ourselves as to why our things are not going well and why our sickness are not healed.  But the reason you may be suffering is because you do not listen to God speaking to you, you are always grumbling and complain to God to come down and change your situation but you have forgotten that you do not listening to God.

If we listen to the voice of God everything we want, God can grant our hearts because we are a nation which love Him.

Once upon a time in the time of Moses God made miracles through the rod which he was carrying.  The bible says God asked Moses to throw that rod down and when he did that it changed into a snake and ate all the snakes of the witches and magicians of Egypt. Magic is not of God, it is the things of this world and not of God.

Saul failed to listen to God and he listened to his people.  Instead of doing what God said must be done he chose to listen to people and by doing so God abandoned him. Verse: 26 But Samuel said to Saul, "I will not return with you, for you have rejected the word of the Lord, and the Lord has rejected you from being king over Israel."

Let us ask God to be the one guiding us; we should not allow people to lead us because people will mislead you if you chose to listen to people rather than God.

Verse: 27-28 “27 And as Samuel turned around to go away, Saul seized the edge of his robe, and it tore. 28 So Samuel said to him, "The Lord has torn the kingdom of Israel from you today, and has given it to a neighbor of yours, who is better than you.”

God loves all of us, that is why He calls us and that is why He chose us.  Because He knows that we can hear Him because He is the one who created us but if we fail to hear God and hear those who are sent by God we will end up departing from the positions that God gave us because we will be listening to the people of this world.

1 Kings 13:1-10
“1 And behold, a man of God went from Judah to Bethel by the word of the Lord, and Jeroboam stood by the altar to burn incense. 2 Then he cried out against the altar by the word of the Lord, and said, "O altar, altar! Thus says the Lord: 'Behold, a child, Josiah by name, shall be born to the house of David; and on you he shall sacrifice the priests of the high places who burn incense on you, and men's bones shall be burned on you.'" 3 And he gave a sign the same day, saying, "This is the sign which the Lord has spoken: Surely the altar shall split apart, and the ashes on it shall be poured out." 4 So it came to pass when King Jeroboam heard the saying of the man of God, who cried out against the altar in Bethel, that he stretched out his hand from the altar, saying, "Arrest him!" Then his hand, which he stretched out toward him, withered, so that he could not pull it back to himself. 5 The altar also was split apart, and the ashes poured out from the altar, according to the sign which the man of God had given by the word of the Lord. 6 Then the king answered and said to the man of God, "Please entreat the favor of the Lord your God, and pray for me, that my hand may be restored to me." So the man of God entreated the Lord, and the king's hand was restored to him, and became as before. 7 Then the king said to the man of God, "Come home with me and refresh yourself, and I will give you a reward." 8 But the man of God said to the king, "If you were to give me half your house, I would not go in with you; nor would I eat bread nor drink water in this place. 9 For so it was commanded me by the word of the Lord, saying, 'You shall not eat bread, nor drink water, nor return by the same way you came.'" 10 So he went another way and did not return by the way he came to Bethel.”11 Now an old prophet dwelt in Bethel, and his sons came and told him all the works that the man of God had done that day in Bethel; they also told their father the words which he had spoken to the king. 12 And their father said to them, "Which way did he go?" For his sons had seen which way the man of God went who came from Judah. 13 Then he said to his sons, "Saddle the donkey for me." So they saddled the donkey for him; and he rode on it, 14 and went after the man of God, and found him sitting under an oak. Then he said to him, "Are you the man of God who came from Judah?" And he said, "I am." 15 Then he said to him, "Come home with me and eat bread." 16 And he said, "I cannot return with you nor go in with you; neither can I eat bread nor drink water with you in this place. 17 For I have been told by the word of the Lord, 'You shall not eat bread nor drink water there, nor return by going the way you came.'" 18 He said to him, "I too am a prophet as you are, and an angel spoke to me by the word of the Lord, saying, 'Bring him back with you to your house, that he may eat bread and drink water.'" (He was lying to him.) 19 So he went back with him, and ate bread in his house, and drank water. 20 Now it happened, as they sat at the table, that the word of the Lord came to the prophet who had brought him back; 21 and he cried out to the man of God who came from Judah, saying, "Thus says the Lord: 'Because you have disobeyed the word of the Lord, and have not kept the commandment which the Lord your God commanded you, 22 but you came back, ate bread, and drank water in the place of which the Lord said to you, "Eat no bread and drink no water," your corpse shall not come to the tomb of your fathers.'" 23 So it was, after he had eaten bread and after he had drunk, that he saddled the donkey for him, the prophet whom he had brought back. 24 When he was gone, a lion met him on the road and killed him. And his corpse was thrown on the road, and the donkey stood by it. The lion also stood by the corpse.
NKJV

The prophet of God departed from the way of God and from the position God gave him because he listened to a man instead of listening to God.  People will mislead you and lie to you in the name of God but what you need to do is to ask God to reveal himself to you and God will give you wisdom so that you will be able to hear Him and you will be able to do what He command you to do.

Let us hear God and all His servants, let us not hear people but instead let us hear God so that He can bless us and be with us.  It is this day that you can take a step like the four men with leprosy who took a step of approaching the camp of Syria.

God created you with a purpose, some people are dying because you are sitting down, some people are dying and you are supposed to heal them from their sicknesses and diseases, supposed to help then with what they’re going through with what God has given you but I want to assure you that if you start exercising your gift God will hear your prayers and God will be with you.

Proverbs 14:2 NKJV
“2 He who walks in his uprightness fears the Lord, But he who is perverse in his ways despises Him.” 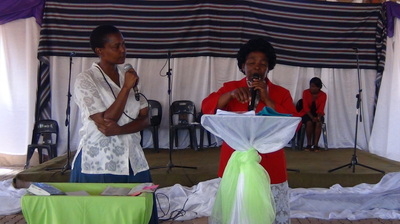 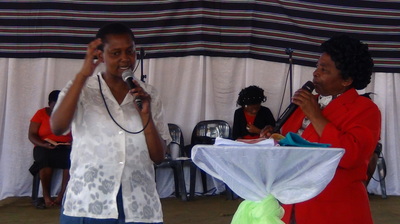 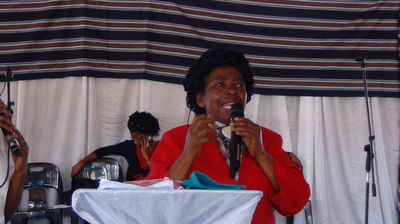 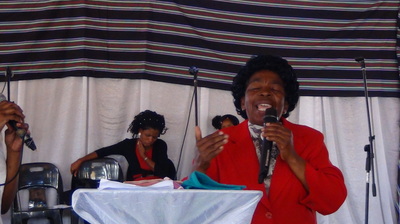 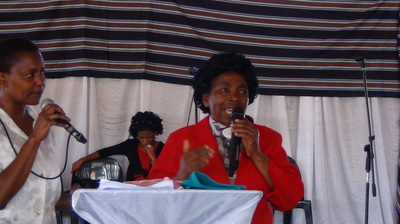 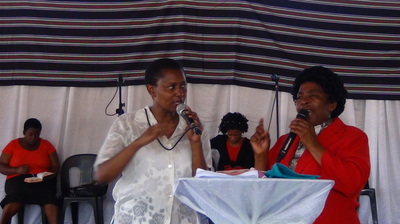 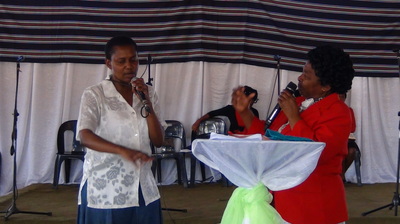 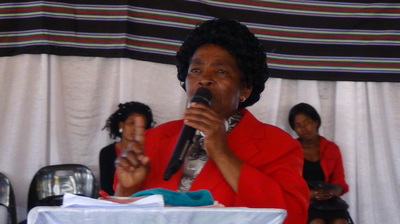 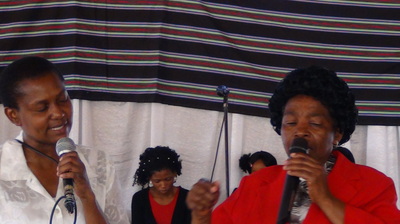 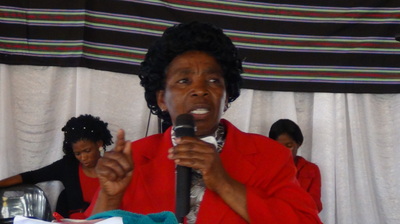 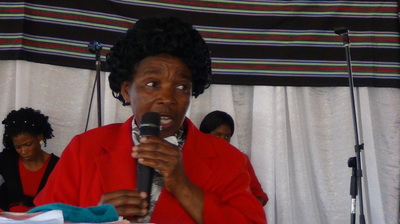 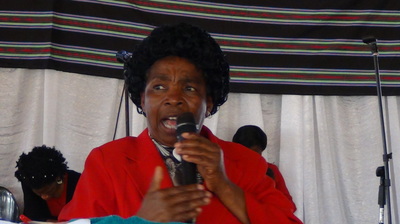 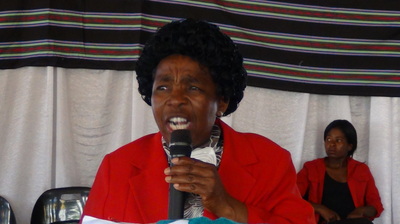 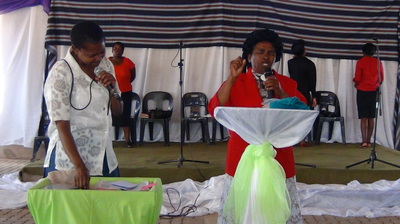 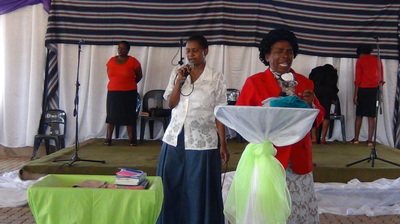 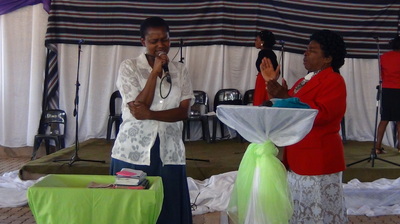 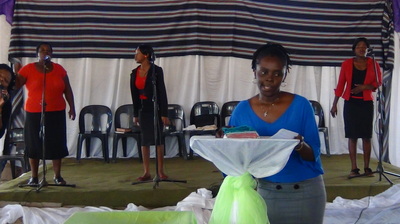 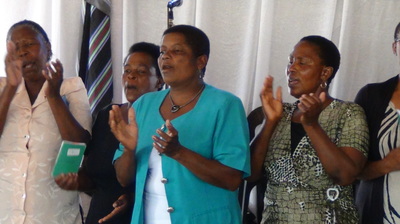 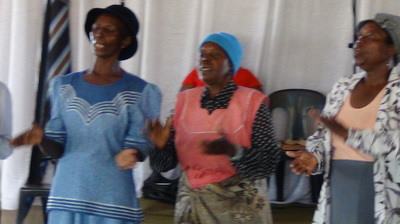 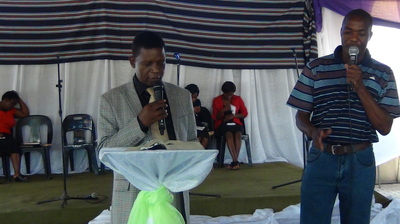 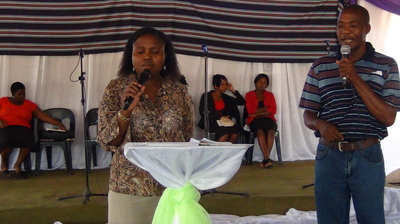 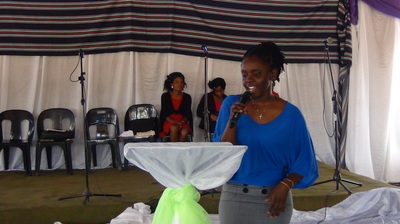 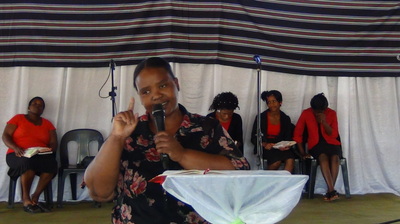 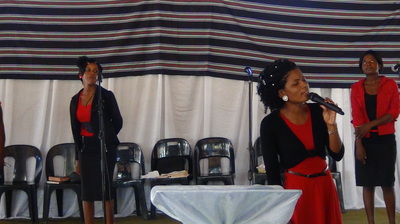